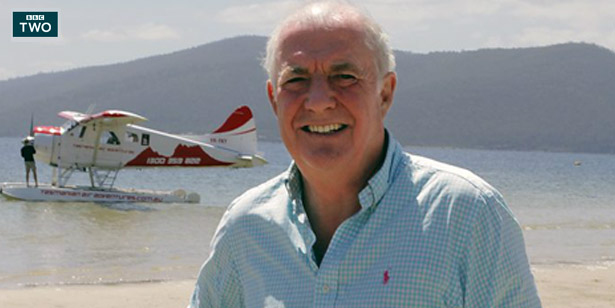 On Monday 2nd March BBC Two aired Rick Stein’s episode of A Cook Abroad,  a landmark series where six of Britain’s best-loved cooks share their passion for exquisite food and exotic flavours. Each travels to a different country to track down the origins of the dishes they love and discover how history, geography and culture have shaped what we eat today.

Rick started in Australia, a country he fell in love with on his first visit at the age of 19.   On a journey in search of the ingredients revolutionising Australian cooking, Rick sets off from his new home in Mollymook, New South Wales, up to Sydney before flying to Tasmania.

In Sydney, Rick revisited some of his old haunts and reminisced over his mis-spent youth, a time when he was fleeing a personal tragedy back home.   In the fish market, where his love with Australian fish culture began, Rick learnt that a staggering 70% of fish eaten in in the country is imported.

Now, after years of looking to other countries for its ingredients, Australia is beginning to look to its own produce.   The future of Australian cooking is native foods and the sleepy backwater of Tasmania is leading the way.  Tasmania is not only an emerging foodie destination but, as Rick discovered, an eco- paradise.   He hunted for wallabies (the latest wild meat taking Sydney by storm), sampled the best single malt whiskey in the world and tasted sustainably farmed salmon that has become a national obsession.  With small-scale producers making a splash on the international food scene, this wild outpost has also become a great business model for a new – sustainable – kind of industry.

Back on the mainland Rick discovered that the most modern move on the culinary circuit is to go ancient.   Rick found out how aboriginal cooking is hitting the mainstream and travels out to Botany Bay – the site of James Cook’s first landing. He went back to basics, foraging and learning the art of cooking the aboriginal way.

We loved tweeting with you throughout the programme – here are some of our favourite comments from you:

@Mazzakza: #ACookAbroad fantastic series, @Rick_Stein was great as usual, loved every minute, fav was the sushi chef what a skill amazing

@nialb1: Can’t wait for our yearly fix @TheSeafood in Sept so off to @SteinWinchester Saturday for lunch. After tonight’s show, I want wallaby, pls.

@jaybee2801: @TheSeafood @Rick_Stein best one yet! #ACookAbroad great food but you also see some of the destination. Brilliant.

@EmmaGilliam: @TheSeafood @Rick_Stein thought there was nothing to fill the Broadchurch gap but then saw there’s a new Rick series. Happiness on a Monday.

If you missed Rick on Monday, catch up on the episode here.