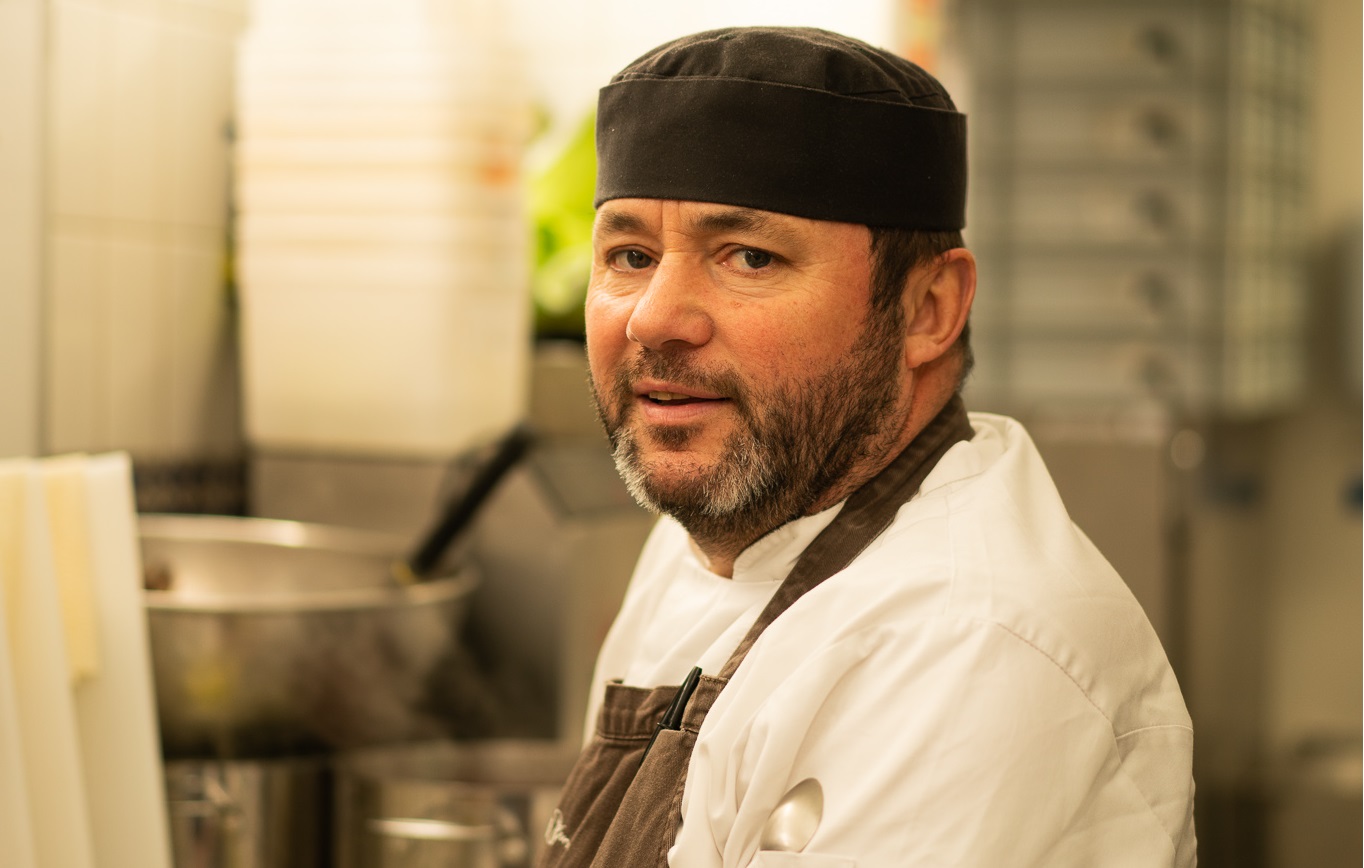 Say hello to our king of desserts and the man behind our afternoon tea at home box, Head Pastry Chef Stuart Pate. He began his catering career at Exeter College where he was awarded diploma of the year in 1980, before embarking on his first role as commis chef at Exeter’s Rougement Hotel. From there Stuart moved on to similar positions at Hyde Park Hotel, Knowstone Court and Chateau Hotel before becoming a part-time lecturer at Exeter College where he was awarded ‘Bakery Student of the Year’.

In 1989 Stuart moved to London where his talent led him to work as pastry chef at some of the city’s finest restaurants, including The Savoy Grill, The Dorchester and The Lanesborough, before becoming executive pastry chef at St Martin’s Lane Hotel in 1999. His work has taken him all over the world, including Chateau Hotel on the Gold Coast in Australia as well as Las Vegas, New York, France, Hong Kong and Switzerland, broadening his knowledge and experience. Throughout his career Stuart has been awarded numerous accolades and international awards, including two gold medals for Parade de chef and gateaux decoration, six silver medals for pastillage, four plated desserts, centrepiece and petit fours, christening cakes, bread displays and cold buffet work, and three bronze medals for gateaux decoration, grand prix and senior pastillage.

Stuart returned to the South West in 2003 where he was instrumental in the opening of our patisserie that summer and in 2005 he was awarded the Craft Guild of Chefs ‘Pastry Chef of the Year’ award. He also worked closely with Rick when he was writing Food Heroes, developing two recipes which were included in the book. Today Stuart can be found over-seeing our pastry section at The Seafood Restaurant, teaching the odd course at our cookery school (as well as inspiring the next generation of chefs at Truro College) and trialling and testing new recipes across the company. Stuart has always loved the creativity and artistic expression that being a pastry chef allows for, and has created some very special celebratory cakes for our businesses over the years as well as creating our afternoon tea at home box.

Away from the kitchen, he’s a family man and loves to spend any free time with his wife and two children or enjoying the rugby. Maybe the odd at home baking session too…

Our afternoon tea at home box creates the sort of spread you would be very proud to share with your nearest and dearest. Created by Stuart (his favourite is the Dundee cake) and made by our chefs in Padstow, it’s available for nationwide delivery.