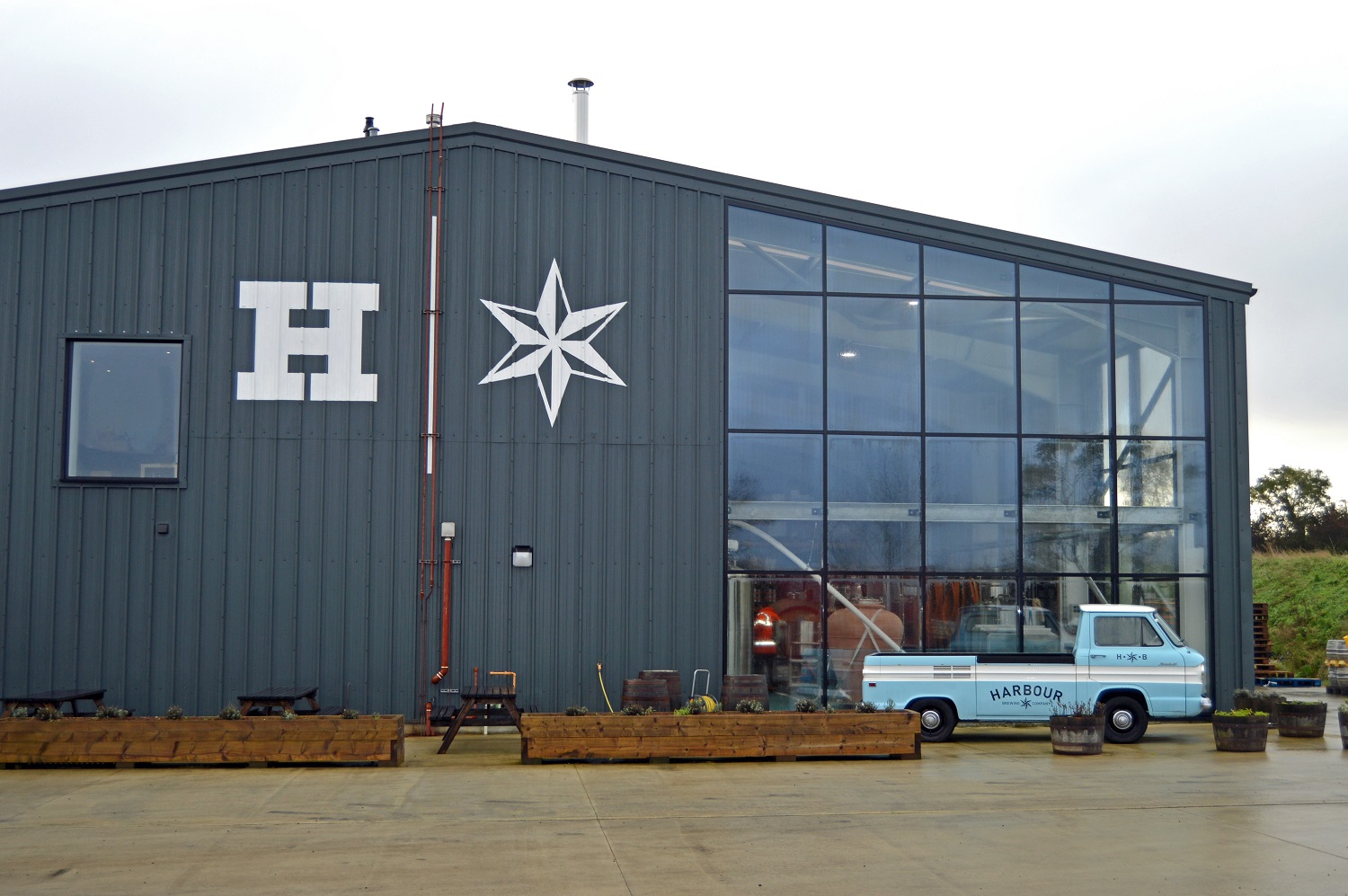 Everything about Harbour Brewing Co. is made in Cornwall. Which is exactly why we love serving their beer at our restaurants in Sandbanks, Winchester, Barnes, Fistral, Stein’s Fish & Chips and Ruby’s Bar as well as selling it in our deli in Padstow.

The Harbour Brewing Co started life back in 2011 when Eddie Lofthouse and Brewer Rhys Powell, who share a passion for beer and surfing, had a dream of opening their own brewery. Whilst working as General Manager of a hotel in Polzeath and brewer at Sharp’s, they came up with the idea to brew proper beer that reflects the Cornish land and sea. Always using high quality hops and Cornish water from a spring at their brewery near Bodmin to create consistent, great tasting beer. Most of their brew goes up to London, where customers can’t get enough of the brewery’s bestselling Helles Lager. This falls within their modern classics range – which whether you’re buying cans from a supermarket or choosing a bottle in a bar, are instantly recognisable with their vibrant colours.

We serve Ellensberg Session IPA on draught in Sandbanks, Winchester and Barnes – which is always a popular choice from the bar. As Harbour put it – ‘Ellensberg is a bright golden IPA that is packed full of perfumed citrus fruit aromas a juicy, balanced citrus bite on the palate and dry but refreshing finish.’ Equally, on a sunny day in Cornwall, a chilled bottle of their original India Pale Ale goes down a treat on the terrace overlooking the beach at Fistral.

As well as their core range of beers, Creative Brewer James, formerly of Beavertown and Kernel Brewery, spends his time crafting specialist brews that celebrate ingredients grown in their own orchard or foraged from their 15 acre farm. Herbs and fruit like lemon verbena, lemon balm, thyme, heritage apples and rhubarb have all been included in their range of ‘Hinterland’ beers. Being outdoors in the wild is something that James absolutely loves about his role – always on the hunt for Cornish produce to add to his next brew. The whole process is pleasingly sustainable keeping the land, and the uniquely Cornish nature of the end brew in the mind.