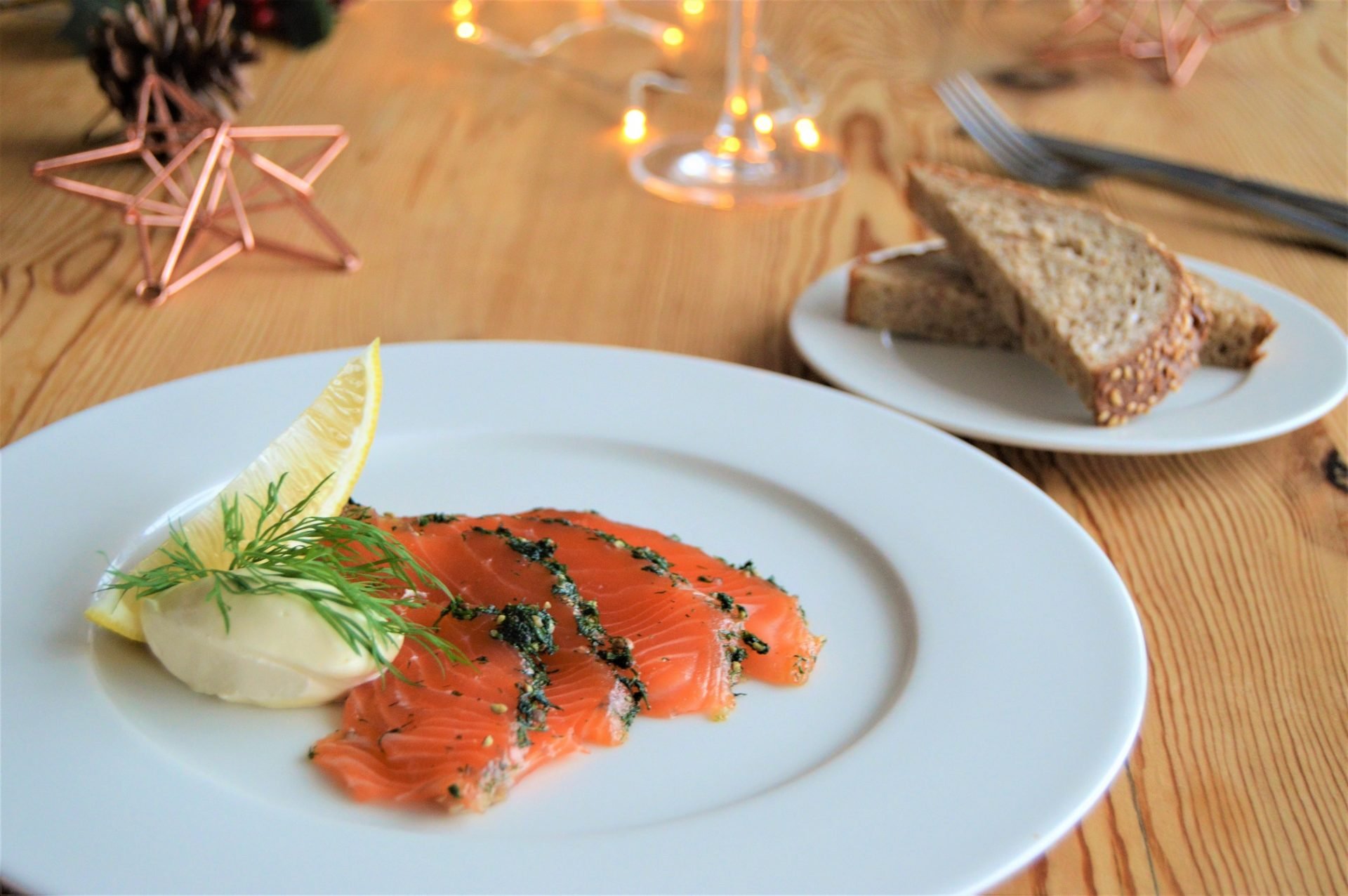 Learn how to make Rick Stein’s gravadlax – the perfect addition to a Christmas buffet, or as an impressive starter to a dinner party.

“Making your own gradavlax is absolutely worthwhile. You never get quite the same intense dill flavour if you buy it. I particularly like the flavour of the white peppercorns in this cure.” Rick Stein

Put one of the salmon fillets, skin-side down, on to a large sheet of cling film. mix the dill with the salt, sugar and crushed peppercorns and spread it over the salmon. Place the other fillet on top, skin-side up.

Tightly wrap in 2 or  3 layers of cling film and lift on to a large, shallow tray. Rest a slightly smaller tray or chopping board on top of the fish and weigh it down. Refrigerate for 2 days, turning the fish every 12 hours so that the briny mixture, which has developed inside the parcel, bastes the outside of the fish.

Remove the fish from the briny mixture and slice it as you would smoked salmon, then serve with the sauce.